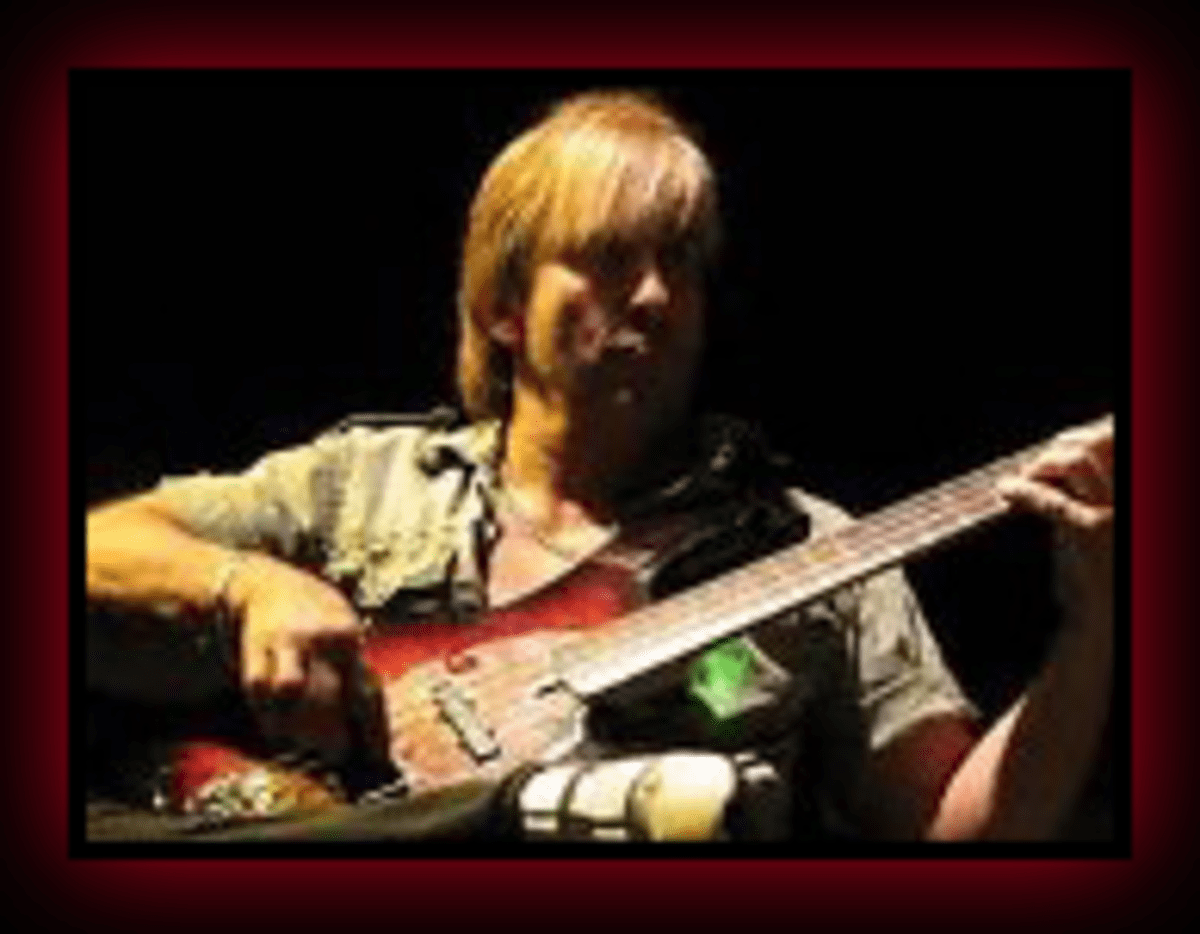 Bass Central is owned and operated by legendary Superchops 4 Bass™ founder Beaver Felton. In the August 1985 issue of Guitar Player Magazine, Beaver Felton was chosen by Record Producer Mike Varney to be featured in the "Spotlight On New Talent" column. Mike also "discovered" dozens of other guitarists and bassists that went on to achieve stardom, including Billy Sheehan, a somewhat unknown (on a national level) bassist at the time of his feature, 1982.

Mike received as many as 500 tapes from guitarists and bassists from all over the world each month and picked the top three to be spotlighted. With this newly achieved international exposure, credibility, and recognition, Beaver turned his efforts to producing instructional materials from 1986-1993. This multitude ultimately totaled 22 audio tapes, seven videos, and eight CD/book lessons. These were released and internationally distributed to a handful of labels, including Hot Licks™, Hal Leonard™, MVP™, Metal Method™, and his own series, entitled "Superchops 4 Bass."

Both Beaver's playing ability and the instructional course have received critical acclaim from virtually every major trade magazine in the US as well as from publications in Germany, Japan, and Australia. He has also written more than 100 educational columns, published in such international trade magazines as Bass Player, Bassics, Bass Frontiers, Guitar World, Guitar School, Guitar For The Practicing Musician, The Music Paper, Buzz Magazine, and The Monitor. 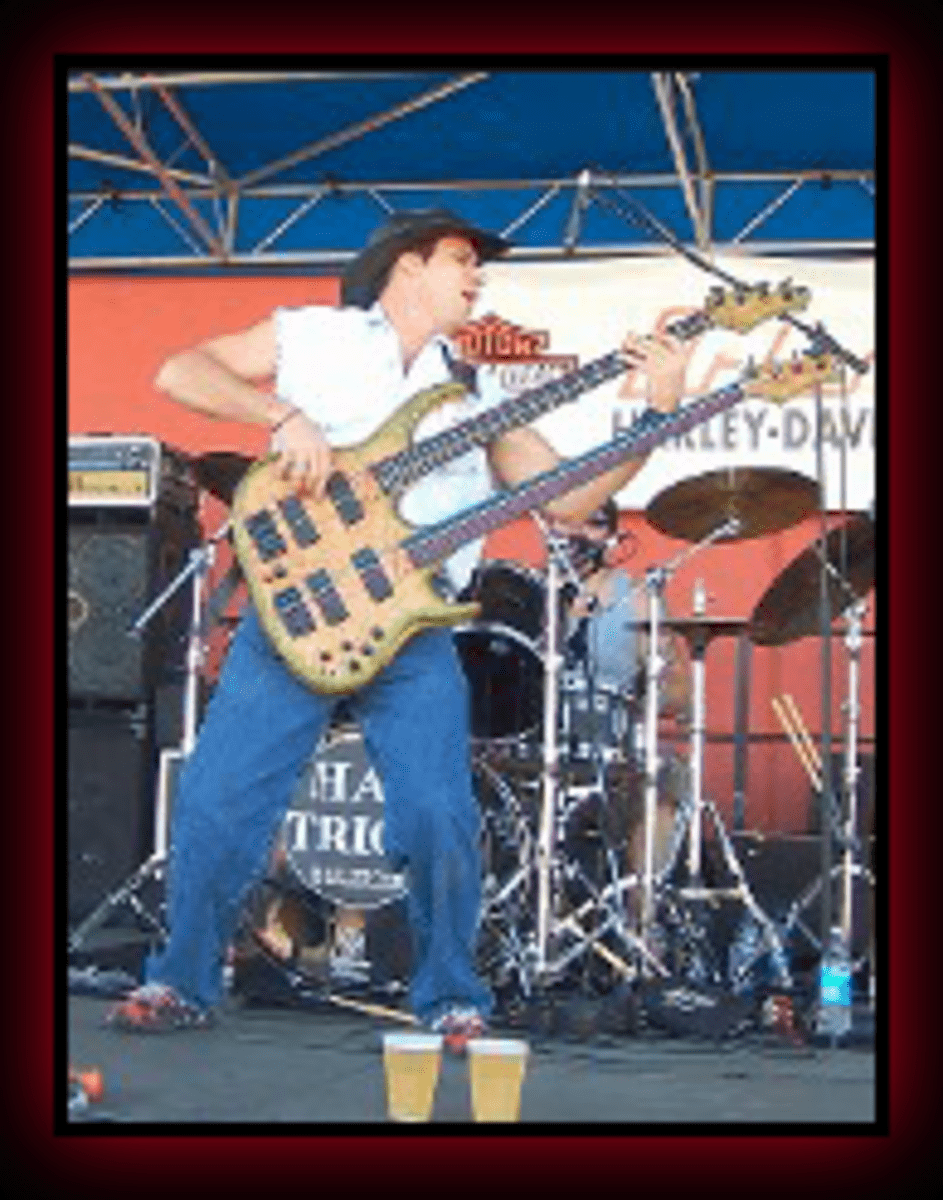 Grasshopper has been a player for 30 years and has performed shows opening for Quiet Riot, Mr Big and others Throughout his long career. An Avid Fodera and MTD player, Hopper is seen above with his very RARE MTD USA Doubleneck. He also runs Hoppers World of Wood supplying Exotic Wood Tops to many Builders. He is our onsite Tech and can answer most questions regarding construction, electronics and overall Bass care and set-up. 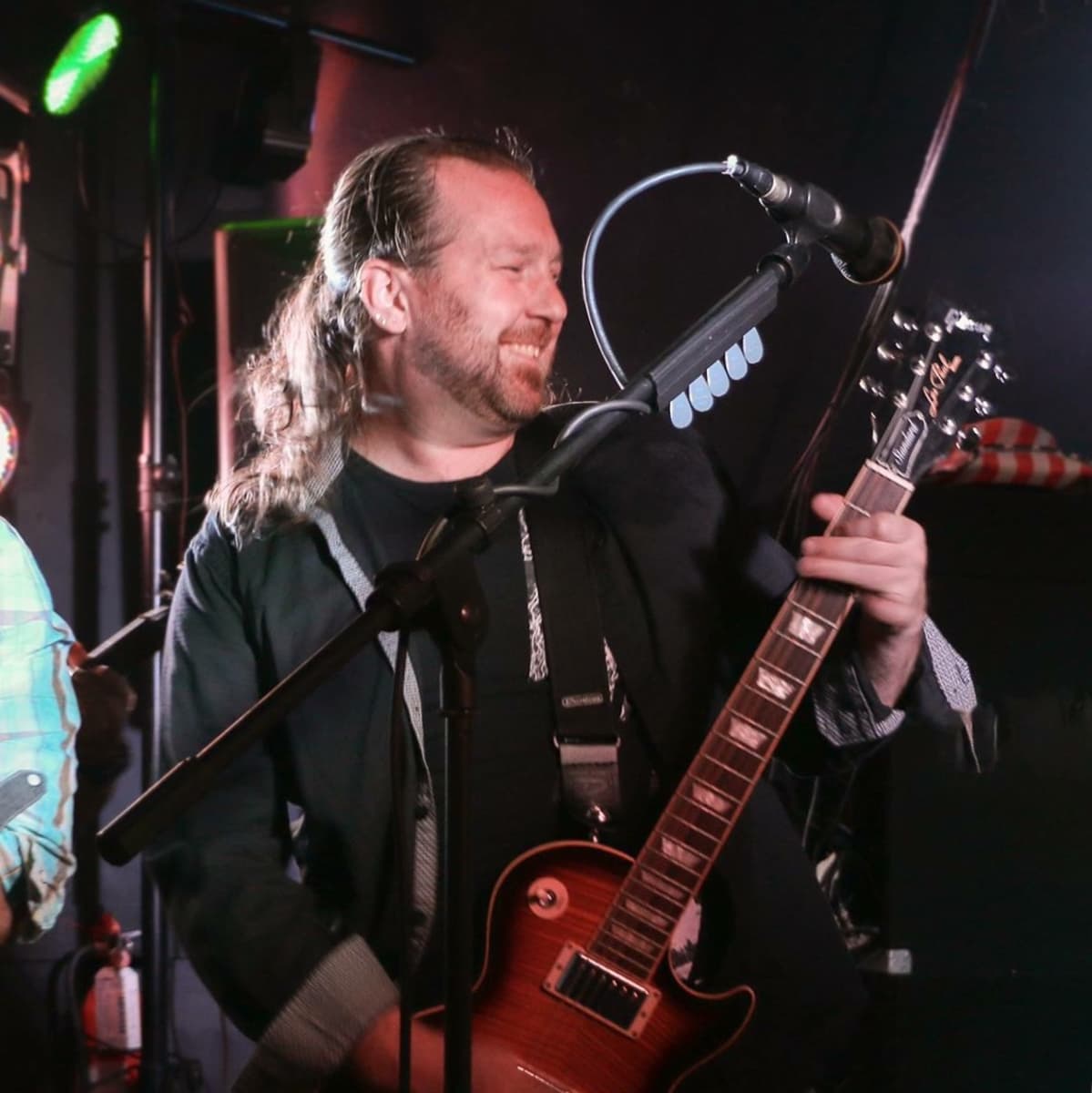 Guitar / Bass Player, Drummer, and all-around Gear Enthusiast (Nerd). J.D. performs all over Central Florida, mostly with "The Hot Streak Band" and "Groove Infusion". Knowledgeable on current and classic gear, and happy to answer any questions from pedals, to instruments, to amps and cabinets! 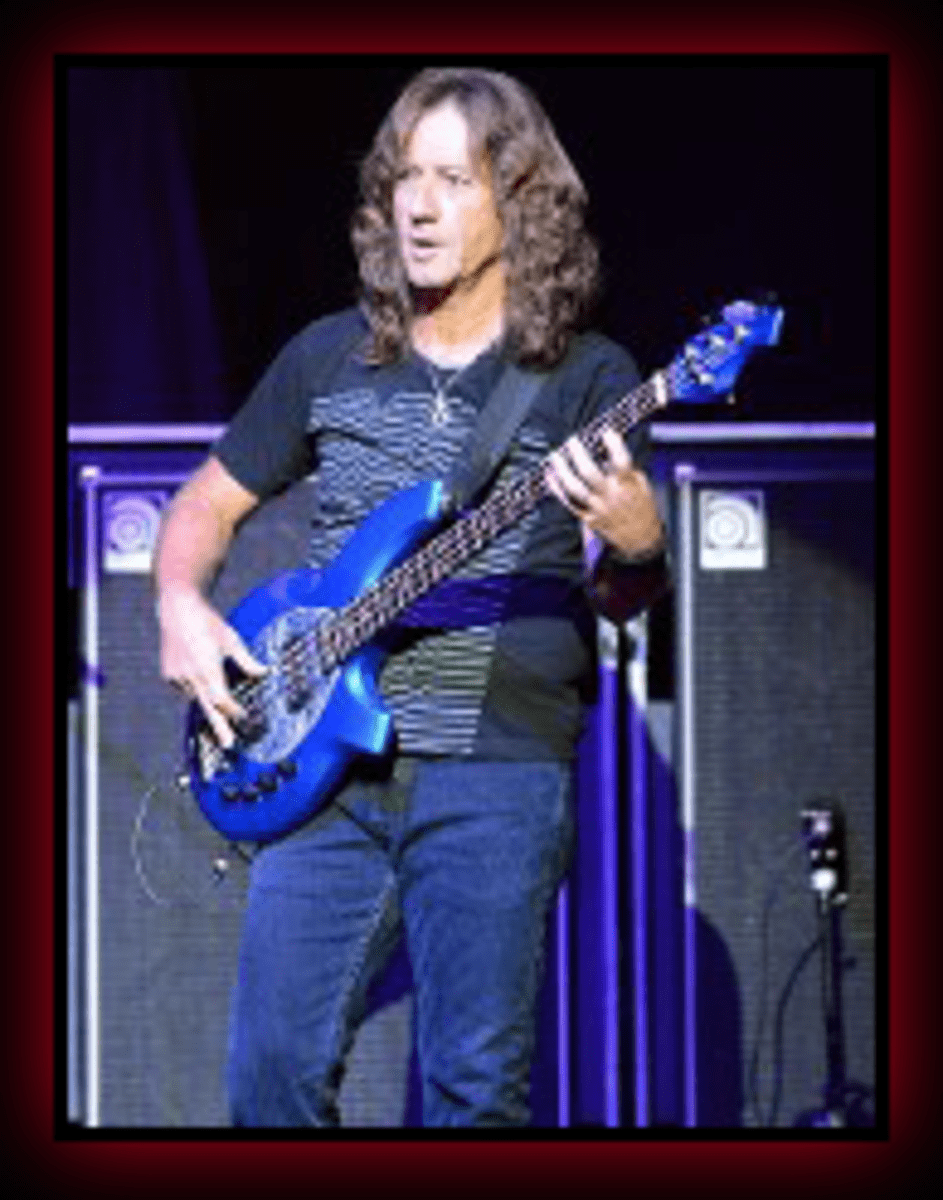 Dave LaRue is a bassist who has performed with the Dixie Dregs since 1988 and with the Steve Morse Band since 1989. He also has worked with Joe Satriani, John Petrucci, Mike Portnoy, Derek Sherinian, and Jordan Rudess among others. Dave became a member of the supergroup Flying Colors alongside long-time bandmate Steve Morse. When not on the road Dave also keeps busy with his own ‘Dave LaRue Band. 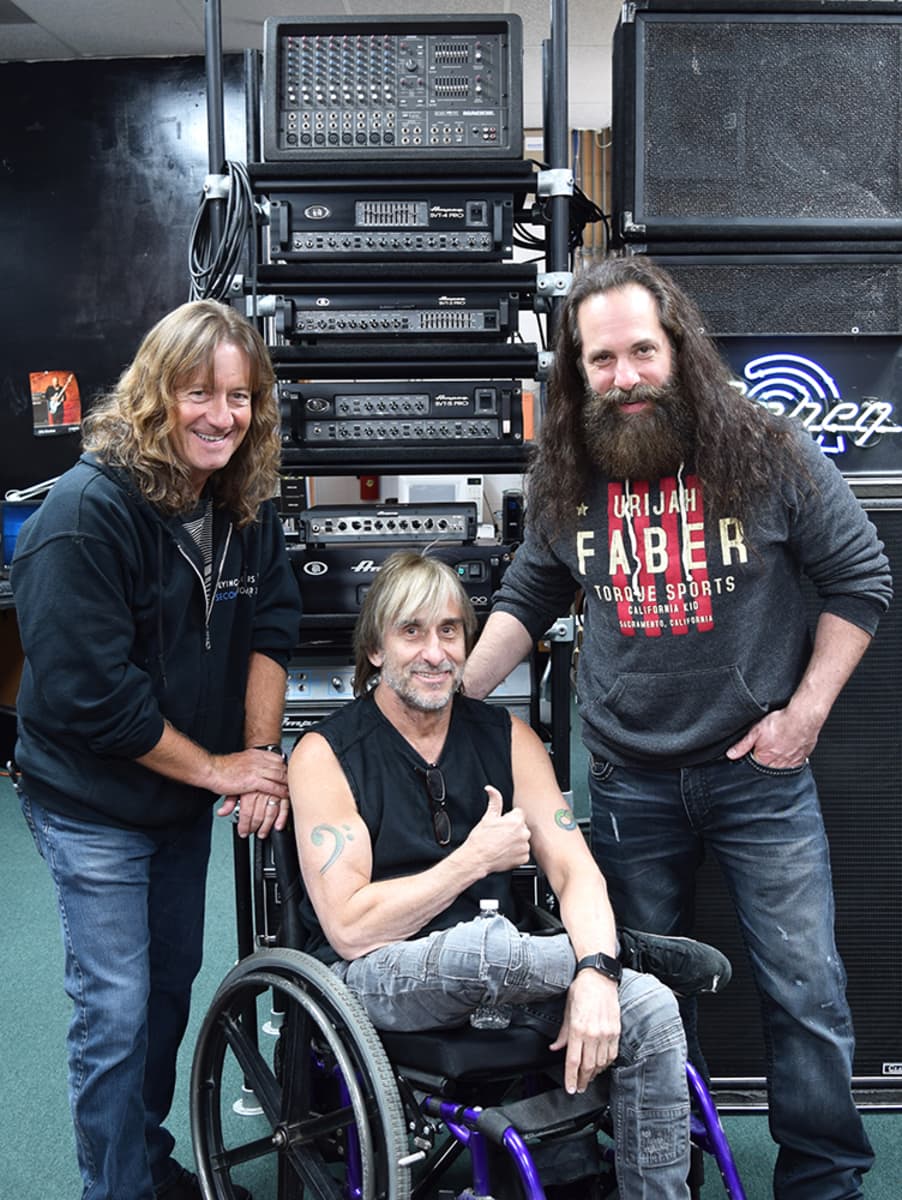 Hanging out at Bass Central

In appreciation of our armed forces, both domestic and abroad, Bass Central gives special discounts to anyone currently enlisted. Call or email us for details.

The Bass Central web page is now 100% accurate and updated daily in order to keep you informed of what we have in real time. As instruments arrive, they are put on the website the same day, and sold basses are marked as such when they are sold. If there's anything you're interested in but don't see it on our page, please contact us via email or call us at (800) 545-8813. Most likely, we have what you want on order.

While attempting to stay current, we intentionally leave many basses up even after selling them in order to act as "catalogue" pieces to show various models, wood, and finish options that are available.